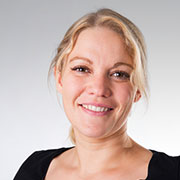 I am 39 years old, married to Nicolai who I have been in a relationship with since 1997. We have 2 children. I have been a psychologist since 2004. In 2009 I became a licensed clinical psychologist, and in 2015 i finished my specialization as a clinical health psychologist.

My private practice was established in 2006 and has since 2012 been located in Lyngby, at Lyngby Hovedgade 96, st.

The practice is situated just behind Lyngby S-train station and has a parking space with 2h free parking. The practice is accessible for wheelchair users.

On this page you will find directions to the practice and more about what you can expect from therapy sessions with me.

Read more about the topics you
can work at a psychologist:

Online Psychologist: Get help from the psychologist in your own safe environment - Read more